In the late eighteenth and early nineteenth century, Montreal’s justices of the peace designed police regulations regarding vagrancy to include licensed begging as a form of social welfare for the respectable poor. Vagrant men and women deemed unworthy of state-sanctioned begging were apprehended and punished in the House of Correction or Common Gaol. City magistrates provided an opportunity for proper objects of charity to solicit alms while permitting some homeless vagrants, often women, to solicit shelter in prison. Women were economically dependent on male earnings, and single women were thus vulnerable to destitution. Gender was crucial to vagrancy laws, which acted as a form of moral regulation and had a concomitant impact on the lives of female vagrants. Men posed at least two threats: a moral one by their refusal to work and their perceived rejection of bourgeois notions of industry, sobriety, and discipline, and a physical threat exemplified by their potential for violence. In the wake of the Rebellions, harsh new laws thus reflected not only the British colonial views of dangerous Canadiens, but also the new bourgeois ideology that envisioned an orderly public space. 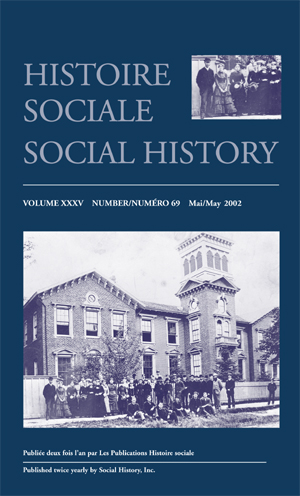