Femininst movements terrify and anger conservatives. At the heart of the backlash has existed an anti-modern narrative of a world at risk, dominated by independent women and problematic men. Canada and Western civilization in general have been seen as a battleground where anti-feminists struggle heroically for humanity’s future. This article compares two generations of anti-feminists — those who may be conveniently labelled Victorians (Goldwin Smith, Andrew Macphail, and Stephen Leacock) and their late-twentieth-century counterparts (William Gairdner and Betty Steele). It examines anti-feminist opinions about the origins of the feminist threat, the role of the United States, the desexing of Canadians, the particular victimization of men and children, and finally the naturalness of patriarchy. 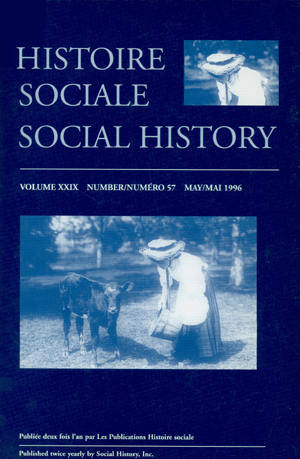