Historians have generally believed that the provincial legislature in post-Confederation British Columbia divided along “Island vs. Mainland” lines prior to the introduction of political parties. This myth is challenged in a study using political voting records and the computer-based methods of legislative roll-call analysis. A systematic re-examination of a traditional source, nineteenth-century newspapers, further supports a new interpretation: that in the inaugural period of Confederation an “Island vs. Mainland” schism did not exist in the B.C. legislature, but a “Rural vs. Urban” split was evident. The underlying divisive issue was adoption of the Canadian tariff. 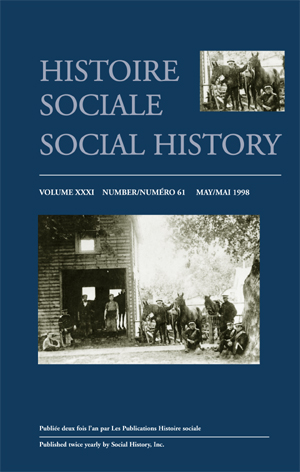