The Bureaucratization of Moral Regulation: The LCBO and (not so) Standard Hotel Licensing in Niagara, 1927–1944

A look at the activities of the Liquor Control Board of Ontario, from its inception in 1927 to 1944, with regard to licensing hotel beverage rooms in the Niagara region would indicate that the LCBO did not fully achieve its intended goal of rationalizing the public consumption of liquor. The Liquor Control Act was based on implicit and general concepts derived from the pre-prohibition concern over the morally suspect world of the saloon. Although the LCBO had been established as an objective bureaucracy, its officials, when inspecting hotels and enforcing the rules of the act, employed a language that demonstrated the persistence of the pre-prohibition value system of middle-class temperance reformers. Nevertheless, elements of the LCBO’s activity illustrate clear attempts to move away from the pre-prohibition system of patronage towards something that resembled, at least structurally, the ideal, typical bureaucracy. 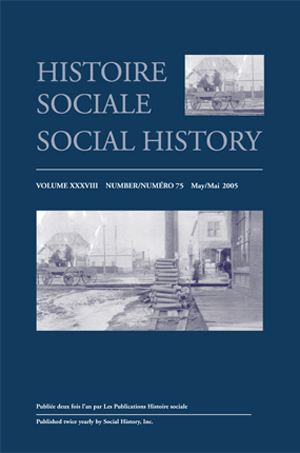