In the 1950s, 1960s, and 1970s, Canadian nationalists worried about the influence of the United States on Canada’s economy and foreign policy, and worked to promote and protect Canadian culture. This phase of nationalism is often seen to have come to an end with the election of Brian Mulroney in 1984 and the signing of the US-Canada Free Trade Agreement in 1988. In fact, Canadian nationalism did not disappear in the 1980s, but it did change form, moving away from cultural and economic concerns to take on a more consumer-oriented and branded nature, exemplified here by the tremendous success of the company “Roots”. With its liberal use of Canadian symbols — beavers, canoes, and maple leaves — Roots allowed Canadians to purchase identity and proudly display their country’s cool image to the rest of the world. “Roots nationalism” was a product of the globalizing world economy, of the growing emphasis on branded clothing and lifestyles, and of the particularities of the national crisis in Canada. 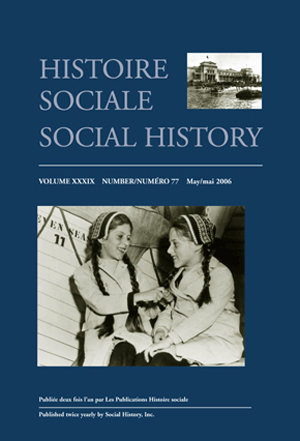