A Culture in Continuity: Master-Man Mutualism in Hamilton, Ontario, During Early Industrialization

By the early 1870s, the men who owned industry in Hamilton, Ontario, were almost all former craft workers themselves. While the city’s industrialization was significant and diverse, these artisan-entrepreneurs maintained in their workplaces such central craft practices as the progression from apprentice to journeyman to master, a fundamental core of craft culture. Work routines had been partially modified by industrialization, but masters and men retained a mutual identification as craft workers. The fact that the artisan-entrepreneur came from the same ranks as those he employed affected the social relations of production in the workplace and community. Various aspects of artisan culture that pre-dated industrialization persisted to foster a social closeness between master and man in Hamilton’s early period of industrialization. 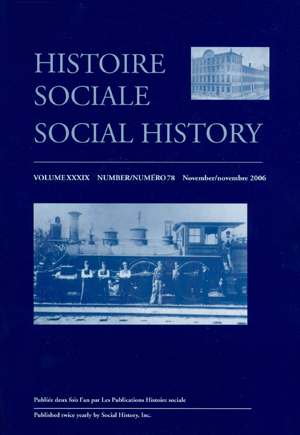